How to win at the International Film Festival in New York

The Sky Fashion’s music video, “Melancholic Park”, won an award for Best Cinematography at the 2014 (IFFM). The short film was directed by Kai Waker and Natalia Maslova. A few months after this win, I had an interview with Luis Pedron, the producer/director of the festival, about the winner, their song, the filmmakers, and why a Russian music band stood out of the crowd.

The International Film Festival Manhattan was held in New York City for the fourth time. The submissions were done online through the website of an American company “Without a box” (owned by IMDB.com the International Movie Data Base) that brings together the world’s largest independent film community. IFFM received more than 350 submissions from around the world last year.

What do you think was so special or unusual about the Sky’s music video, how come they won?

The unusual thing was it looked very special, very captivating to start with. During that year, the submissions had a common theme and a lot of them were about being melancholic, being sad, teenage depression, teenage suicide, people sad about their existence. Melancholic Park has that theme to it and the title as well. What captivated me in this short film was not only that it was beautifully shot, but you can definitely see that, in spite of the lyrics of the song being about hopelessness and being sad, the short film actually had hope.

What were the reactions, first impressions, among professionals in the film industry?

Believe or not, most of the submissions wouldn’t look like this, it was definitely at the top. Approximately only 10% of submissions looked professional enough to be competitive. In fact, I even thought – wow, it’s probably would cost a million dollars to shoot like this considering the locations and the camera work. Even in the selection process it was already set aside, not only for the awards, but I already knew it was going to be shown in the IFFM because it was way up there.

Then obviously I liked the voice, I liked the way it was sung. The leader, Edward Krakov, gave it a very rock-n-roll feel, partly because of the guitar music; its pop enough for everyone to like it. It’s already been distributed around the US, around Russia and other countries.

Sure, because not only the visual part of the music video Melancholic Park was appealing but the lyrics were so meaningful. Just having the singer with a voice almost pleading, pleading to the universe, to the world that something is happening to him, but when you look at the film, no one is there. He was screaming out to the world, the ocean, to the cliff, to the empty theatre – I guess a lot of people would be like that, specially an artist. Sometimes you’re thinking who am I preaching to? To the world but nobody is listening to me. That’s the thematic thing we saw, it had that punchy feeling from what the singer was doing visually on screen. 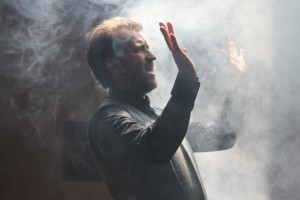 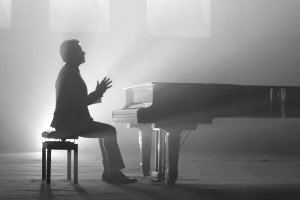 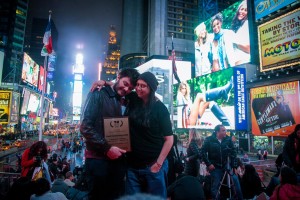 In Russia these type of songs, the deep ones, are not very popular. However, it’s been recognised in the States. Is it common in the US to touch on these topics, to look inside yourself through the music?

I would say in general American music would touch on topics such as depression and sadness, but it will be “who left who” type of songs, not really talking deeply about philosophical things. It will be more about relationship problems. As you know a lot of songs in country or pop make fun of it, they make fun of relationships. But here, in Melancholic Park, it’s a bit deeper, philosophical. I think that’s why it was a big contrast for us to see it this way.

What do you personally think about the song, would you like to keep it on your iPod and listen to it?

I would definitely recommend it. I actually have the song on my phone and can listen to it anytime. It’s something that inspires me and is also memorable because of being the award-winning music video in my film festival. This video kind of encapsulates what happened to me in 2014. 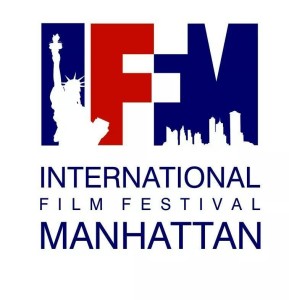 What are your suggestions for the band?

Firstly, the name of the group, the Sky Fashion, that alone is already intriguing. Edward Krakow, the lead singer, has got the right look, he’s got the voice, but I can imagine the next album being a bit more universal; do it in country music style. That’s another way to reach the American market. The Sky Fashion already has a universal look and the ability to create a great video – everything that will allow them to go further. They’re fresh enough, new enough. They should definitely try to submit Melancholic Park to radio stations, MTV or similar TV cable networks around the world because I know for a fact that’s the way to get noticed.

In conclusion, I want to thank Luis Pedron for allowing me the opportunity to talk to him over the phone. Despite the fact that the line was breaking up, we managed to have an interesting and deep conversation for about half an hour about this outstanding music video which is definitely worth a look.

Keep an eye on The Sky Fashion project on . Their debut album, “Melancholic Park”, was released in December 2014 and is now available on and . Learn more about the band on .